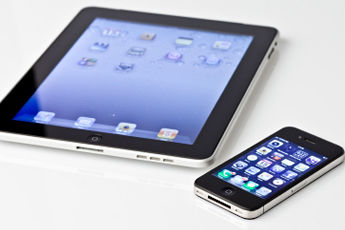 Anyone who has plunked down cash on a new gadget only to hear the near-maddening news that a better, flashier version is expected within weeks knows that knowing when to buy a new gadget is an acquired skill. “Hardcore techies update three to four times a year,” says PCMag.com editor Lance Ulanoff. “But you don’t have to get caught up in constant upgrades. That’s just the way technology is — it’s constantly changing.” What else do you need to know to avoid emptying your wallet and going obsolete? Our experts share four principles they live by.

1. Haggling isn’t just for flea markets.
Never assume the price on the tag is written in permanent ink. According to a Consumer Reports survey, only 1 in 8 buyers of electronics and computers negotiated the purchase price, yet half of those who haggled paid significantly less. (On computers, they saved an average of $105.)

The next time you’re ready to buy a gadget, Ulanoff suggests checking out his favorite sites: TechBargains.com  and LogicBUY.com. You can also try Newegg.com, AnandTech, Engadget or ArsTechnica.

2. Your old gear is still worth money.
Ever heard of Buy Back programs? Many big stores, like Best Buy and Walmart, have them. When you “exchange a device with a Buy Back program, a predetermined percentage of its original value is put toward your purchase of a newer model, assuming the used device is in respectable condition,” says Paul Eng, Web editor at Consumer Reports.

The newer your device, the more money you make. The only possible drawback is that payment takes the form of store credit, and the store’s price for your new gadget might be higher than competitors’.

Buy Backs are worth checking out anyway, says Eng: They are “especially convenient for those with larger gear that they’d need to safely discard when replacing, such as laptops.” You just drop off the clunky old gadget, and the store properly disposes of it for you.

3. Being a late adopter doesn’t mean you’ll be stuck in 1995.
Only you can decide which tech upgrades matter most. “You have to focus on the results, what you’re using the technology for,” says James Abels, founder and CEO of ThreeMinuteMedia.com, a media-tech startup. Before you buy that latest model, ask yourself whether its new features improve your daily hustle or are uniquely important to you.

Although Abels follows the technology beat and has been eyeing the iPad, he has chosen to hold off until the next generation hits the shelves. “The difference in the next iPad is supposedly screen quality,” he says. “That matters to me.”

4. Timing is everything.
For the beloved techies in your life (yourself included), follow blogs and podcasts (we suggest Engadget, Tom’s Hardware,  TechCrunch  and PC Mag’s Decide.com ) and make a list of the tech gifts you need. Then, keep your eyes peeled for deals online. And if you can wait, time it right: “The tech industry continues to constantly roll out products, but keep in mind that the holiday season (November through January) opens heaps of price-cut opportunities,” says Eng.

Bonus tip: Wherever you buy, “do not spend extra on an extended warranty of, say, three years,” says Ulanoff. “The value drops so quickly that this is not a good deal.”