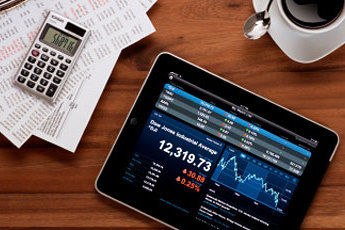 Smartphones are everywhere, and with iPads and Android tablets now leading the market, the next generation in mobile computing is exploding in popularity around the world. But the risk of a hacker stealing your sensitive information (or the device itself) has also risen dramatically. Case in point: Last month, several malicious apps invaded the Android market, affecting 260,000 Android-based smartphones and tablets. (Google eventually removed the rogue apps from all devices.)

Here’s how to keep your new gadget safe:

Smartphone and Tablet Security Tip No. 1: Keep tabs on your devices.
Don’t leave your smartphone or tablet unattended at an Internet cafe or on planes, trains and automobiles. Tablets are hot sellers and harder to come by in certain European and Asian black markets, so thieves are even more tempted to steal them.

If you have an Android-based device, be sure to download a security app that can locate your device if you lose it. For Apple users, get an account with an online locating service, such as Find my iPhone. (It works for iPads too.) The idea behind these services is that the device checks in with the service every so often with the location of the device (from the GPS chip), and you can then use a website or other mobile application to view a map with the location of your device.

Smartphone and Tablet Security Tip No. 2: Set a strong password.
After ensuring the physical safety of your phone or tablet, the next step is to make sure you have a hard-to-crack login password. These passwords allow you to set them up so that after a certain number of incorrect login attempts, the device gets locked or the data is wiped.

When adding or changing any password, make it a long word with numbers or punctuation marks so it’s difficult to guess. To set up a password on an Android tablet, tap the open arrow to view your apps. Select “Settings,” then “Security,” then “Change Screen Lock.” Choose “Password.” On the iPad, tap “Settings,” then “General Settings.” Continue by opening “Passcode Lock” in the center box of options. Select “Turn Passcode On” and follow the instructions.

Smartphone and Tablet Security Tip No. 3: Look out for fake apps.
It’s tempting to download free apps with abandon. But be cautious: Malicious apps are often disguised as legitimate, and without security software, it’s nearly impossible to tell the difference. “From malware to root kits, malware-infested applications for mobile devices are showing up in alarming numbers, mostly out of Asia,” says technology analyst Rob Enderle of the Enderle Group.

A malicious app is dangerous because it can steal all the data from your smartphone or tablet and send out spam. Or, even worse, it can monitor everything you do and capture all your usernames and passwords. “You hear about this more on Android than Apple’s iOS,” says software programmer Daniel Elswick, “mainly because Apple is strict with what apps they allow into the Apple App Store, while the Android Market is more open, so almost any application can make it in there.”

To prevent this, download a mobile security app (from a legitimate company) that scans, detects and blocks mobile threats found in downloaded apps before they can infect your mobile device. The best kind will also check for security updates automatically so you don’t have to worry.

Smartphone and Tablet Security Tip No. 4: Watch that Wi-Fi.
Another big tablet security risk is browsing the Web on a public Wi-Fi hotspot or any unknown or untrusted wireless network. Since your traffic is public, there is the possibility that it is being captured. So if you’re browsing the Web and go to a page that doesn’t use SSL (Secure Socket Layer) to encrypt your communication, everything you are seeing and anything you send back (if you fill out a form or type in your username and password) can be captured and seen by anybody else on the network.

Most shopping and financial sites are using SSL for login information now, but it’s still safer not to send any sensitive data over an untrusted wireless network. (You know you’re on an SSL site when the URL starts with “https.”)

Also note that paying to access a Wi-Fi network doesn’t mean it’s secure. Access fees don’t necessarily mean a network is secure. If you have access to a VPN (virtual private network), use it. A VPN offers secure access to a company’s network.

Smartphone &Tablet Security Tip No. 5: Remotely wipe your tablet.
This is probably where a security software app comes in most handy: If your phone or tablet is lost or stolen and you’re certain you won’t get it back, you can remotely wipe all your data and information from it. GoogleApps details its autowipe app here, and Apple offers the MobileMe service.