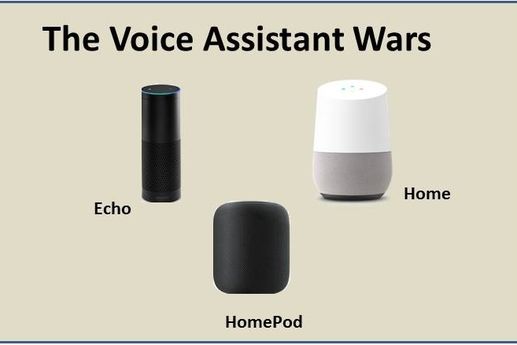 Apple unveiled the company’s long awaited competitor to the Amazon Echo smart speaker at the company’s WWDC conference on Monday. Like the Echo and the Google Home, the HomePod is an always-listening speaker that plays music, answers questions and controls your smart home.

Apple’s upcoming HomePod has to sound better than both the Amazon Echo and the Google Home. That’s the expectation the company set, and the HomePod has to follow through for it to outdo the highly competent competition. The HomePod could sell well enough just on the clout of its Apple branding, but to actually be better than either the Echo or the Home, it will need to sound great. Because I expect it’ll have a hard time keeping up with either of its competitors as a smart home control point or an entertainment device.

Here are just some of the comparative features:

Neither the Amazon Echo or the Google Home fared particularly well on our sound tests during their reviews. Both devices sound fine for casually listening to music, but we heard distortion from both of them at high volume levels. Sound quality is really important to some people, but the speakers that come with the unit can always be tethered to other speaks or speak systems. Both the Echo and the Google Home allow you connect your unit to your existing sound system, either directly or via BlueTooth. Google Home allows the user to connect via Chromecast to another enabled device, but I couldn’t get it to work.

The only way the HomePod can actually justify its $350 price tag is to blow away users at the get go, and that might be so easy. Apple also has an established smart home platform called the HomeKit, which is like an SDK of a sort. It works with Siri and allows for smoother interaction for other devices and services, but I am not sure how compelling this will be for the everyday user. I think there is a decent chance that HomeKit end being more trouble than it is worth for developers since there is a strong chance most users will use HomePod like a very expensive voice controlled iPod.

I bought mine for $39 last Christmas, plugged in the speaker I already had, and connected it to my Amazon Prime account and that was it. Don’t underestimate the perceived value of simplicity. Plus Amazon Music has a pretty good selection of music for me and it sounds pretty good. And, I can order razor blades and toilet paper if I need to. I also like the fact that if something goes wrong with the WIFI connection, I can just access the device through my laptop and quickly fix it. And while I haven’t yet hooked up my lights to the Echo, I plan on doing it so I can order Alexa to shut off my house lights for me.

Google has a cool thing called shortcuts, and the voice command is much more flexible and permitting than Alexa is. And as a result of it massive trove of information to tap into, Google Home can answers question much more accurately and more effective than Echo can. It also has excellent home entertainment capabilities with Chromecast. I would not bet again Alphabet and Google Home is the race for dominance. Just get ready for the annoying voice ads.