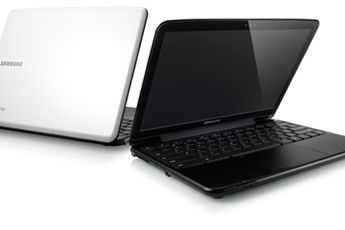 When we talk about a computer’s local operating system (OS) today, we’re usually talking about Mac OSX or Microsoft Windows (or increasingly, Linux). An OS is basically the software that tells your computer how to run and how to appear. Every computer has one.

Now, however, cloud computing gives you another option: the cloud OS. A cloud OS is designed to run within your Web browser, which means that it and all your programs and data live on the Internet rather than locally on your computer’s hard drive. In fact, everything comes from the cloud: your screen’s appearance, the applications you use and the files you create and save.

Because all your data lives on the Internet, you can log onto your “computer” from any online device — a tablet, laptop, PC or even a smartphone — using just a Web browser. The benefit of going with a cloud OS is that you’ll naturally use other applications via the cloud too, so your data is always available and you won’t lose it if, for example, your hard drive crashes. However, you’ll need to be online to access your “computer,” so you need Web access wherever you want to use it.

Here are a few emerging cloud OS options and what we like most about them. The best part: All four of these options have attractive, intuitive interfaces, so there’s a very low learning curve — and they’re free!

We like … The speed and available apps
Google has partnered with device manufacturers Samsung and Acer to create Chromebooks, which are small laptops designed to run nothing but the Chrome OS. They boot up in an instant because they don’t have to boot up a heavy local operating system and all the programs and files that come with it. The only thing that lives locally on the laptop is a browser — Google Chrome, no surprise — and you access all your files and programs via the Web. For example, your documents live online at Google Docs. The other nice feature is the Chrome Web Store, which features apps designed specifically for Chrome OS.

We like … The flexible interface
Once you log in to Cloudo, you see your personal desktop. It can work just like the computer you’re accustomed to using every day, and that’s what we like best. You can set your Cloudo computer to look like Mac OSX, Windows Vista, Windows XP — or if you’re feeling really nostalgic, Windows Classic. Cloudo comes with its own versions of most of the applications you use often, like a word processor and calendar. You can download third-party-developed apps too.

We like … The ability to use local apps too
If you get a netbook with the Jolicloud OS, you’ll have access to Web apps and apps that you install locally on your netbook. That’s especially helpful if you still travel to places where Internet access is poor or spend a lot of time on airplanes, where you might not have a connection.

We like … The free storage
Glide OS offers 30 GB of storage for free, so you can store plenty of files online and access them from anywhere. A premium subscription will run you just $50 and get you 250 GB of storage, which probably will hold most everything you need to access regularly. Glide is a Flash-based OS, but it also comes in an iPad-friendly HTML5 version, so you won’t be impeded by Apple’s lack of support for Flash on iOS devices.