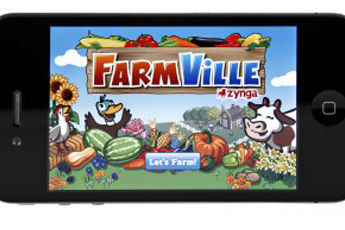 He created the company that delivers the most popular games on Facebook, including FarmVille and Mafia Wars. He was just featured in Vanity Fair, which predicts his company could raise billions in an IPO. So what are Zynga CEO Mark Pincus’s secrets to being so creative and successful at work?

1. Inspire people to reach out of their comfort zones.
In 2010, Pincus told The New York Times that one of his management techniques was to make everyone a CEO of something. He gave the example of a young, motivated receptionist who kept telling him the company was outgrowing its phone system. “And I said, ‘I don’t want to hear about it. Just buy it. Go figure it out.’ She spent a week or two meeting every vendor and figuring it out. She was so motivated by that. I think that was a big lesson for me because what I realized was that if you give people really big jobs to the point that they’re scared, they have way more fun and they improve their game much faster. She ended up running our whole office.”

2. Get your failures out of the way.
“Fail fast,” Pincus told Mediabistro in 2009. He’s right: If failures are potential learning experiences, don’t put them off; rather, know when to throw in the towel. The sooner you move on when something isn’t working, the sooner you’ll figure out what does work. “I wish I had just failed fast with Tribe [a social networking company he founded],” said Pincus. “I think that entrepreneurs are always at risk of mistaking stubbornness for conviction and commitment. Just because you’ll stick with an idea doesn’t necessarily make you a winner, and it could delay you failing and getting to the right answer.”

3. Don’t quit trying to succeed.
After tossing in the towel with one project, pick up another towel. Pincus has applied this idea repeatedly in his own career. As he indicated in a 2010 interview with ABC’s “Nightline” about Zynga: “I joke to my friends, when I started this company, that I’m kind of like the 41-year-old pitcher for the Yankees, who’s still walking out to the mound, and he looks around, and all his friends are coaches or team owners, or they have car dealerships or something, and he’s still doing it, and he’s still at it.”