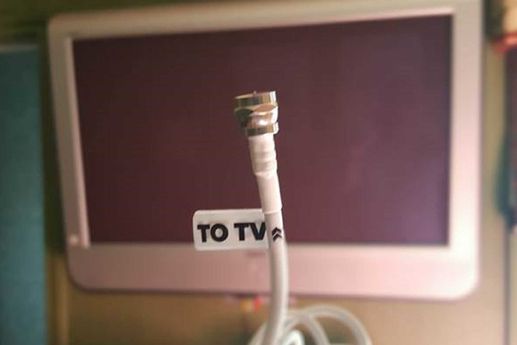 Let’s face it, you often tell yourself this will be the month you really buckle down and do the research, ask your Millenial friends and finally decide to make the jump and cut cable TV out of your life. And why shouldn’t you? according to Leichtman Research Group the average amount American families paid for cable TV was $103 per month in 2016. That is a lot of money, cable TV is expensive. But if you are will to do the homework, invest in a few gadgets and tolerate a few extra cords running through your home, you can cut you monthly bill down to reasonable monthly fee. Below I have listed what I see the steps to walk through be to help with your decision making. But we warned, this might make your head spin a bit.

Do an audit of your TV watching habits and decide what programming you need to have. Chances are you’re paying for a cable bundle that has 100 channels you don’t watch. There is a handy tool on Untangle.tv that will walk you through that process.

Step 2: Buy an HDTV antenna. In 2006 the FCC required that broadcasters start sending out their signals over the ince 2007, local TV stations have been broadcasting digital signals so crisp that the reception is better than that of cable TV. Plus, despite all the hype about shows on niche networks, 19 of the top 20 TV shows in 2016 aired on over-the-air broadcast networks. That’s why Step 1 is to buy an antenna. These are not like the old rabbit ears from you cabin in the woods or your grandfather’s house. These modern looking digital TV antennas can be small and unobtrusive, and some are even designed to blend in with your home’s décor. The selection at Amazon is pretty good, and you can get a good one for around $30.

Step 3: Get a decent Internet deal. A decent web service package that can support a standard cord-cutting set-up requires a speed of at least 10 Mbps for each TV. Fortunately, you can get these speeds from most providers like Spectrum (TWC), Charter, Comcast, Fios (Verizon). But call your local suppliers and see what kind of promotional deals they are running. They all know about the cord-cutting trend and are hedging with services packages to accommodate cord-cutters. Also be on the lookout for fees that aren’t included in the base rate. The website BroadbandNow reveals most service providers’ introductory plans and prices, and any additional fees. Also, service providers will want to lease you a router, but it likely will make more sense for you to buy one of your own.

Step 4: Connect with an HDMI cord. A cheap and easy way to watch Internet shows on your TV is by connecting your laptop to your television set with an HDMI cord. You are essentially using your TV as a giant computer screen, but HDMI allows for quality images, so you should not lose much detail for programming you stream. You can buy these cables at MonoPrice.com for under $6.

Step 5: Consult cord-cutting websites. There are many websites that will take your TV watching habits and recommend a set-up for you based on the information you give them, including your ZIP code. Untangle.tv one of them, but they also sell antennaes, so that is ther angle. Some other tools can be found at JustWatch.com and Fan.tv .

Step 6: Check if you have a Smart TV. If you bought your television after 2009, there’s a good chance it can already stream television shows via the Internet. Most modern TVs are equipped with “Internet-ready” technology and apps like Hulu and Netflix included in the hardware. With all of the talk about streaming “boxes” and “sticks,” it’s easy to overlook the technology you already have.

Step 7: Check your Blu-ray player and game console. If your television isn’t pre-loaded with Internet apps, you may have an external device that is. Many Blu-ray players can stream shows and cost as little as $50. Alternatively, recent editions of gaming systems such as PlayStation, Wii and Xbox ($250-plus) can also stream videos.

Step 8: Consider buying a player. If you do need to buy an external device, use the websites in Step 4 to help you decide which one to buy, based on what shows you want to watch, because no one player offers access to everything.

• Google Chromecast ($70) Watch YouTube videos and more on your TV.

8. Add streaming services. Your final step is to add the streaming services that actually provide the shows you like, based on what you learned in Step 4. These can be divided into three categories: mainstays, live and premium.

Other Providers: The key sources for programming that most cord-cutters turn to.

• HBO Now ($15 a month) is available on nearly every device.

• Showtime ($11 a month) is available on most devices.